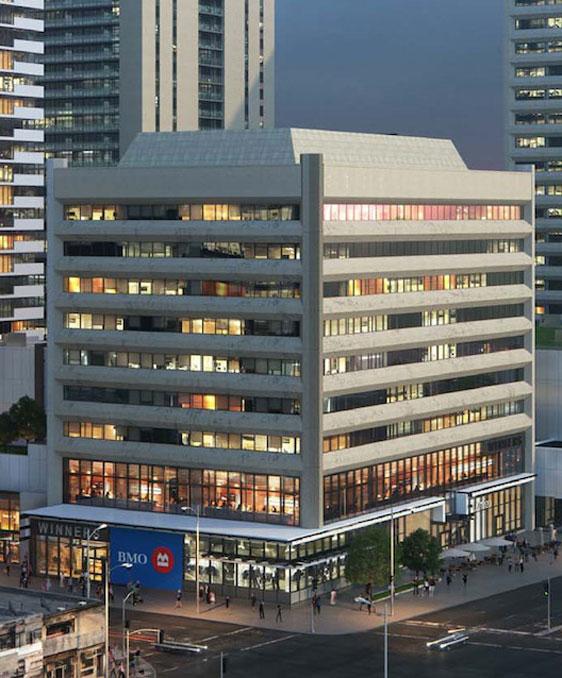 Project Description
The Yonge Sheppard Centre is a comprehensive mixed-use development at one of the city’s critical transit intersections. Originally build in 1976 the centre was in need of a major redevelopment to keep pace with the gentrification of the surrounding area. The presence of two towers, a movie theatre, food court and pedestrian bridge contributed to a need for precision execution and planning.

Outcome/Results
The project posed numerous challenges. At protect completion, an eye-opening total of 77 construction areas had been turned back to the owner over a four year period. The mall and food court remained open to the public throughout the build. Keeping tenants happy while developing a workable phasing plan was a monumental task. Onyx worked closely with the construction managers, other subcontractors, and the mall property management team to continually improve phasing and completed areas for turnover to minimize interruptions to the active mall space. It’s among the most challenging projects a mechanical company can face, and Yonge Sheppard Centre Revitalization remains a success of which we are incredibly proud at Onyx Mechanical.