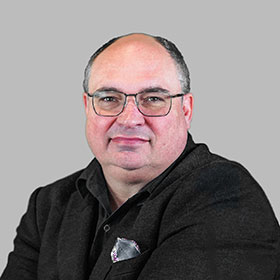 Having entered HVAC in 1990, Chris holds diplomas in both HVAC Systems Design and Energy Management.

Graduating with Honors in 1993 he joined a Toronto based HVAC firm as a product manager, responsible for design and production of medium temperature refrigeration systems.

In 1995, Chris created Hydro-Thermal Technologies, an export company specializing in the design and construction of humidity control equipment for several industries and clients including the U.S Department of Defense, Motorola, Fuji, Hilton Hotels, Marriott Hotels and Educational Institutions such as The College of William and Mary, the second oldest college in North America.

In 1999, Chris joined HTS Engineering as an Owner Sales Representative, calling on technology based clients. In 2000 he assumed the position of Contracting Sales Manager at the newly created Houston, TX office.

Upon returning to Toronto in 2003, he held a position as a Project Manager with Urban Mechanical, one of the top mechanical contractors in Toronto. In 2004 while holding the position of Senior Project Manager, Chris was approached and accepted the position of Service Manager for York International’s Toronto operations, a $9,000,000 chiller and commercial service operation. In August of 2005, York was acquired by Johnson Controls and integrated into their Building Efficiencies Group. Due to Chris’s extensive background, he was declared a Subject Matter Expert with regards to HVAC systems and Service.

In 2007, Chris along with John McKinnon and Bryon Backus, purchased an existing company and created Onyx Mechanical.